Please note that this section is still in progress... More details will be added shortly! Thank you!
SEIGNEURIE SAINT-GABRIEL

Before Saint-Gabriel-de-Valcartier as we know it was formed, it was actually a Seigneurie. In fact, on the 11th of April 1647, Robert Giffard de Moncel was granted the Saint-Gabriel Seigneurie, which was located about 18 miles from Quebec city. He did not however take possession of these lands; he gave a quarter of the seigneury of Saint-Gabriel to the Nuns Hospitallers of Quebec (later the fief of Saint-Ignace) as a dowry for his daughter, Marie Françoise Giffard dite Marie de Saint-Ignace, who became the first Canadian nun. The rest he gave to the Jesuits as an extension to their seigneury of Sillery.
VALCARTIER A.K.A. THE SETTLEMENT

In 1815, John Neilson, Andrew Stuart, Louis Moquin, and Nicholas Vincent, obtained a large portion of the concessions in the Saint-Gabriel Seigneurie. This marked Valcartier's true beginnings. ''Val-Cartier,'' as it was once spelled, was named as such due to its geographic location. The parish is nestled in a valley formed by the Jacques Cartier River.

The land purchased by the men, was to be distributed to immigrants who were willing to work and farm the land. It's said that some of the earliest settlers were United Empire Loyalists from the State of Connecticut. Later English, Scottish and Irish newcomers came to farm the land. The first settlers, both men and women, had to walk for miles through a trackless forest from Quebec to get to their designated homesteads.

They built their homes, sawmills, gristmills, Catholic and Protestant Churches. Many made their homes in the heavily wooded mountain ranges, while others farmed the North side of the Jacques Cartier River. Because there were no horses or oxen, the pioneer settlers were obliged to cover the distance between their rural homes and Quebec on foot in order to provide provide the bare necessities of life for their families. There  were no doctors or clergymen for years. In 1824 the parish contained a population of several hundred, with an even number of Protestants and Catholics. By 1833, there were Anglican and Roman Catholic chapels, together with a visiting Scottish clergyman. This was the beginning of the formation of Saint-Gabriel-de-Valcartier and in 1845 was recognized as a municipality.
SAINT-GABRIEL WEST & SAINT-GABRIEL EAST

According to the Municipal website, the civil formation of the municipality dates back to May 18th, 1861 whereby the Municipality was divided into two municipalities: Saint-Gabriel-de-Valcartier and St. Gabriel West. According to the Journals of the Legislative Assembly of the Province of Canada this was made official in 1860.
MILL HILL
As the Quebec Official Gazette reveals, a portion of the Saint-Gabriel-de-Valcartier municipality was sectioned off to form the municipality of Mill Hill. The area was located near the Nelson River. According to Bernie Monaghan's notes, John Navin appears to have owned a mill on the Nelson River in the 1830's. The same mill was eventually bought by Henry Hicks in 1841. His notes also mention that residents on the west side of the Jacques Cartier River called the area ''Far Mill Hill.''

The main characteristics of Saint-Gabriel-de-Valcartier are:its family spirit, the harmonious existence between English-speaking and French-speaking people, the cooperation of all its residents and a highly developed community spirit.

The main economic activities include the poultry industry and a major recreational tourist centre, Village Vacances Valcartier. In addition, the economy is greatly influenced by the presence of a large military base.

VALCARTIER CAMP
(To come... will be updated soon) 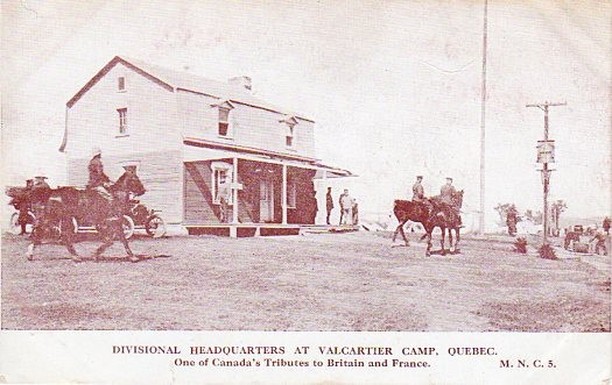 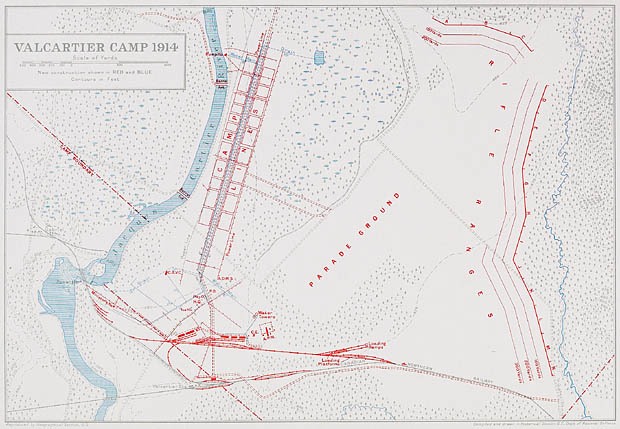